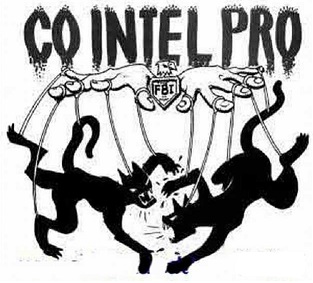 media, Pennsylvania - Documents were stolen that exposed COINTELPRO. They were taken, at night, in a break-in, from a Federal Bureau of Investigation (FBI) field office.

COINTELPRO stood for COunter-INTELligence PROgram. It was a years-long government effort to disrupt, confuse, and spy on Black Americans and groups. It began at the start of the Black (later Civil) Rights movement, in 1956.

The break-in happened during the 'Fight of the Century' the same day. It was hoped the spectacle of the fight was enough to divert attention from the break-in. The plan was carried out by the Citizen’s Commission. They were never caught. Their names were not known until 2014.

The FBI claimed COINTELPRO ended, in 1971.

The 'Welfare Queen' Was Invented 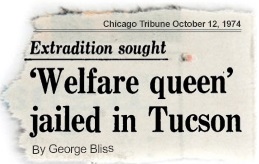 Chicago, Illinois - The phrase 'Welfare Queen' was used for the first time, in print. The story was by George Bliss, in the Chicago Tribune. It was about Linda Taylor.

Taylor was a career criminal and con-artist. She was charged with many crimes and welfare fraud. Despite welfare being one of many crimes she was alleged to have committed, Bliss used the term 'Welfare Queen' to describe her.

Ronald Reagan used the story in his 1976 Presidential campaign. He argued that poor women used welfare to get over on the system. He used the story of Linda Taylor, as his example.

There were many doubts that the story was true, as told by Reagan. Yet, Reagan used the con-artist as a basis to push his welfare reform policy of the 1980s. Those reforms limited access to welfare to Black American women and children. Black men were already blocked from welfare, except in special cases. 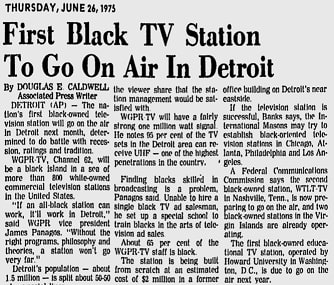 Detroit, Michigan - The first wholly-owned and operated Black American television (TV) station began its first broadcast. This was a first in the United States. It was founded by William V. Banks. The station had no network affiliation so the station created its own programs.

Banks was an attorney. He founded The International Free and Accepted Modern Masons, Inc. and Order of Eastern Stars. The Masons sold WGPR 20 years later.

First Use of Black-on-Black Crime 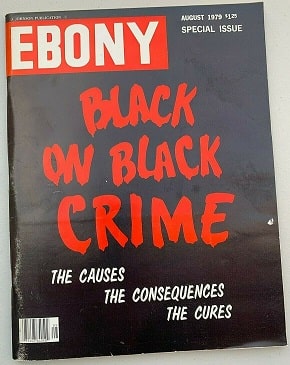 Chicago, Illionis - The first use of the phrase, 'Black-on-Black Crime' in national print media, was in the August, 1979 special issue of Ebony Magazine.

Since the early 1960s, whites tried to tie Black Americans to crime. Barry Goldwater tried it in the 1964 election for President. It did not work.

Once the 1965 Watts Riot ended, new calls were made for law and order. Yet, they still were not strong enough to join race with crime. That slowly changed as riots increased through 1967 and 1968.

By 1969, Richard Nixon ran for President as a law and order choice. The tactic of tying Black Americans to crime worked and Nixon was elected.

The term 'Black-on-Black Crime' was still limited in use in the early 1970s. Over the course of Nixon's time in office, the term became more widely used. Yet, by the late 1970s, it was still not a commonly used term in public. Ebony Magazine changed that with its special issue on the phrase.

First Use of 'Crack' in media 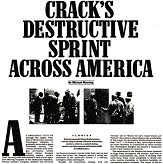 New York, New York - 'Crack' first appeared in newspaper print, in the New York Times. This was the beginning of the 'crack cocaine' hysteria, that lasted for decades.

First Use of Crack in Media

Boston, Massachusetts - Charles Stuart killed his wife and blamed a Black American man for it. Stuart, and his wife Carol, were white. After a pregnancy class, he claimed he drove through Roxbury, a Black American area of Boston.

The story made national headlines. Boston police workers used stop-and-frisk on many innocent Black American men, on the word of Stuart. William Bennett, a Black American man, was jailed by the Boston Police, in the search for the killer.

On December 28, 1989, Stuart said Bennett shot him and his wife. On January 3, 1990, Matthew, the brother of Charles, told the police it was all a lie. Matthew said it was an insurance scam. He had met Charles that night. There, he told Matthew he killed his wife.

On January 4, 1990, Charles Stuart jumped off the Tobin Bridge in Chelsea, Massachusetts. His body was found the next day. 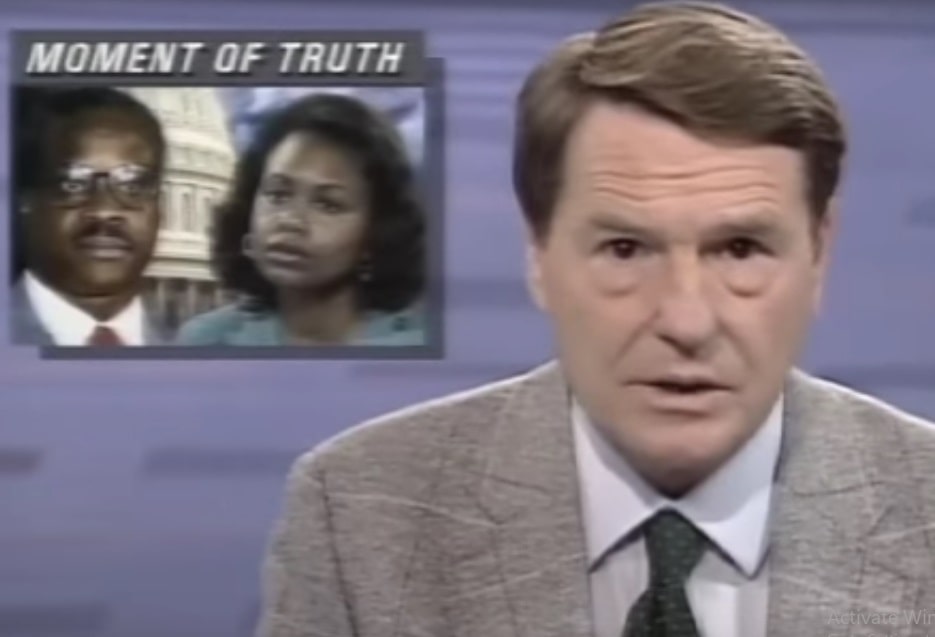 Washington, D. C. - Anita Hill accused Clarence Thomas during his confirmation hearings for the United States Supreme Court. Hill worked for Thomas, at one time, and said he sexually harrassed her.

Thoams was chosen by President George H. W. Bush to replace Thurgood Marshall on the Supreme Court. Marshall had died. He was part of the Civil Rights movement, as an attorney. In contrast, Thomas had no Civil Rights background.

The primary reason Bush had chosen Thomas, was to keep a token Black American on the Supreme Court. Further, Thomas had a record of loyalty to whites, to the harm of Black Americans. This was opposite to Marshall, who most whites despised due to his Civil Rights history.

Before he got the job, Thomas had to be approved by Congress. Future President Joe Biden led the confirmation hearings. Biden got Hill to testify in public that Thomas was a sexual threat.

Despite the statements by Hill, Thomas was given the job on the Supreme Court, by Congress. In the decades Thomas was a Supreme Court justice, at best, he had an unfriendly effect on the rights of Black Americans. 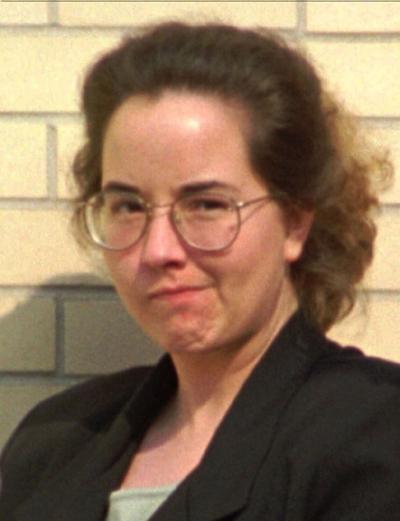 The story made national headlines. The national white media showed a sketch of a Black man that local police gave them. It was shown nationwide. The sketch was on television and in newspapers.

On November 3rd, 1994, after a search returned no good leads, Smith confessed to the murder of her two (2) children. Smith drowned her own children in her car, in a local lake. 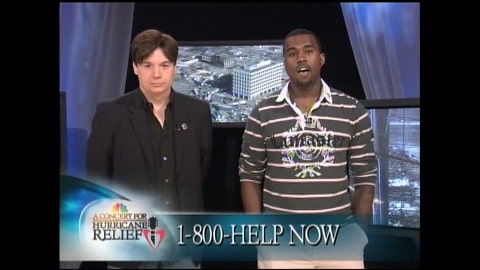 New York, New York - Kanye West made his famous statement about the Katrina response, of the United States government. He ended with 'George Bush doesn't care about Black people.'

New York, New York - New York Magazine published a cover with dozens of women who accused Bill Cosby. The women had no evidence, no one to back up their stories, but had bad things to say about Bill Cosby.

This cover story was an attempt to attack the most prominent and successful Black American entertainer in the country. Movements such as TimesUp, and MeToo sought to present Cosby as the Black American rapist. This was similiar to Jack Johnson, 100 years earlier. It drew parallels to Michael Jackson, 10 years earlier.

The constant media pressure got Cosby convicted of a crime, against a white woman. The crime never existed. Cosby was in prison for almost three (3) years. Finally, the Pennsylvania Supreme Court cleared him of all charges.

When the hysteria over Bill Cosby began, he was near 80, almost blind, and had not been in the public spotlight for years. Some speculate this was all a distraction from white killers of unarmed Black Americans.